City of Greensburg Enters into Franchise Agreement with Citizens Fiber

Greensburg, PA, August 8, 2016 - The City of Greensburg is entering into a new franchise agreement with Citizens Fiber of Mammoth, PA to offer residents and businesses an alternative for cable television, high speed internet, and phone service in the City of Greensburg.

Citizens Fiber, recently rebranded from Citizens Telephone Company of Kecksburg, will be the first provider in the area to offer gigabit internet service to its entire customer base. Gigabit internet, with speeds of up to 1,000 megabits per second upload and download, is 50 times faster than the national average and is only available in select cities nationwide. Councilman Randy Finfrock states, "We are glad Citizens Fiber is choosing the City of Greensburg as their next business target and we look forward to offering an alternative for cable, internet, and phone service in our community."

Citizens Fiber will run its fiber optic cables to the neighborhoods where the demand for service is highest. This is gauged by allowing potential customers to check their addresses online at CitizensFiber.com and then fill out a survey requesting service. Citizens is then able to focus its construction efforts where the interest and demand exist.

The City of Greensburg hopes that providing a choice for the consumer will make the city more attractive to residents and businesses that desire an alternative for cable, internet, and phone service.

If you would like more information about this topic, please contact Susan Trout, City Administrator, at 724-838-4324 or email at strout@greensburgpa.org.

Contract negotiations between AMC Networks and Citizens Fiber could lead to an interruption of service. If an agreement is not reached by December 31, 2015, AMC Networks could force Citizens Fiber to remove AMC and WEtv, meaning that those channels will no longer be available starting January 1, 2016.

Citizens Fiber is one of 700 small cable providers negotiating with AMC Networks to continue offering AMC channels to customers. In trying to reach a new agreement, AMC is not negotiating in good faith, asking for rate increases of more than 350%. In addition, AMC is demanding that Citizens carries additional, less popular channels on a most-watched tier, without the option to carry only channels that customers watch. This increases the costs further.

The message AMC Networks is communicating is that the end consumer should have to pay significant rate increases for continued viewership of its one popular show, The Walking Dead. However, if AMC does go dark at the end of the year, there are still many ways for customers to watch the show. New episodes are available on iTunes, Amazon, Vudu, Playstation Store, Xbox Video, and Google Play, among others.

Citizens maintains that a potential AMC blackout is not by choice. Citizens is being forced to drop AMC and WEtv due to unreasonable demands from AMC Networks.

Citizens Fiber is a member of NCTC (National Cable Television Cooperative) which represents over 850 independent cable companies across the US. Members can opt in to have the NCTC negotiate with program providers and others on their behalf. By aggregating volume discounts, local TV providers can pass cost savings on to their customers, allowing them to compete with larger national competitors.

Additional information about disputes and updates is available at www.TVonMySide.com. 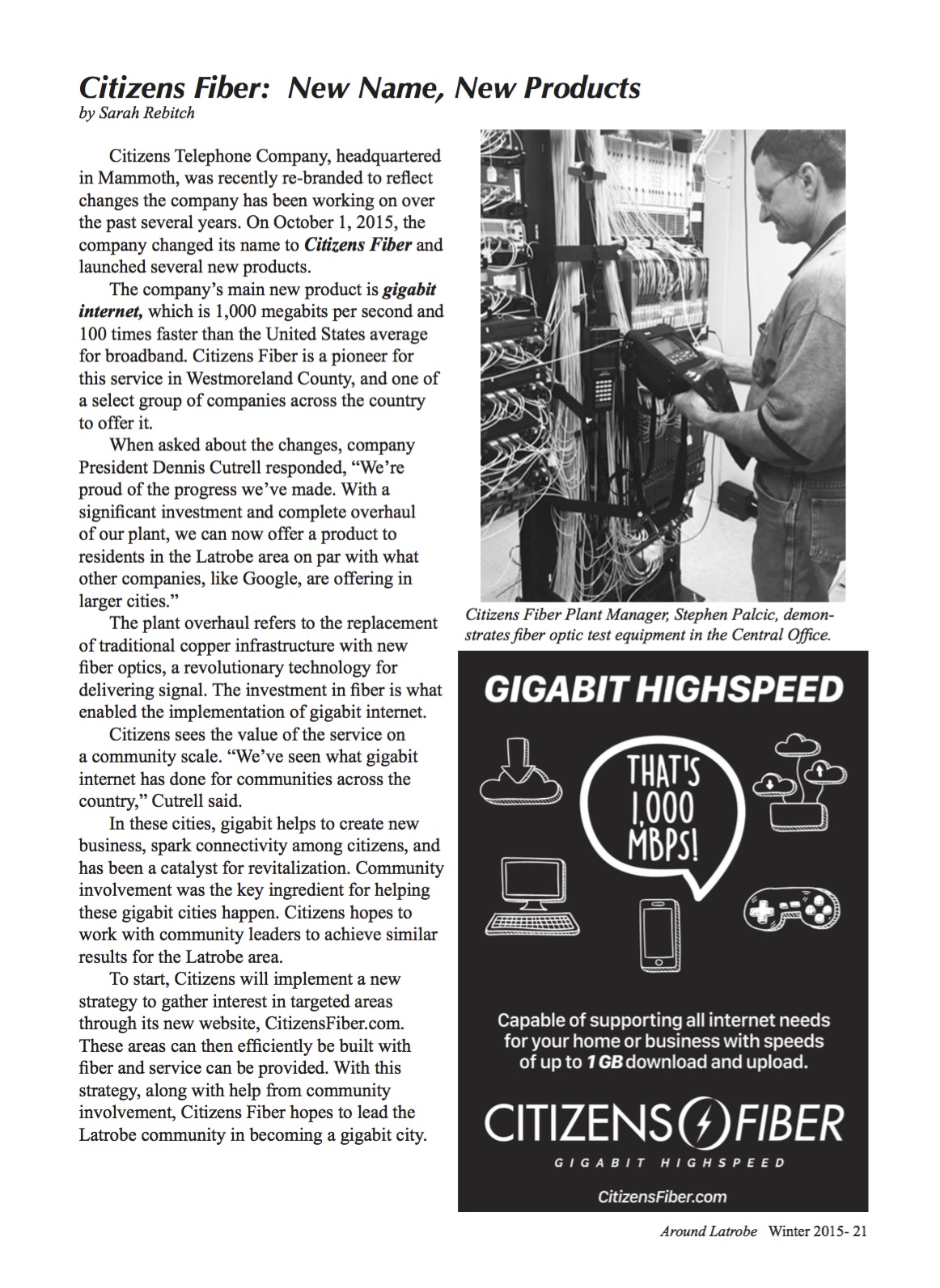